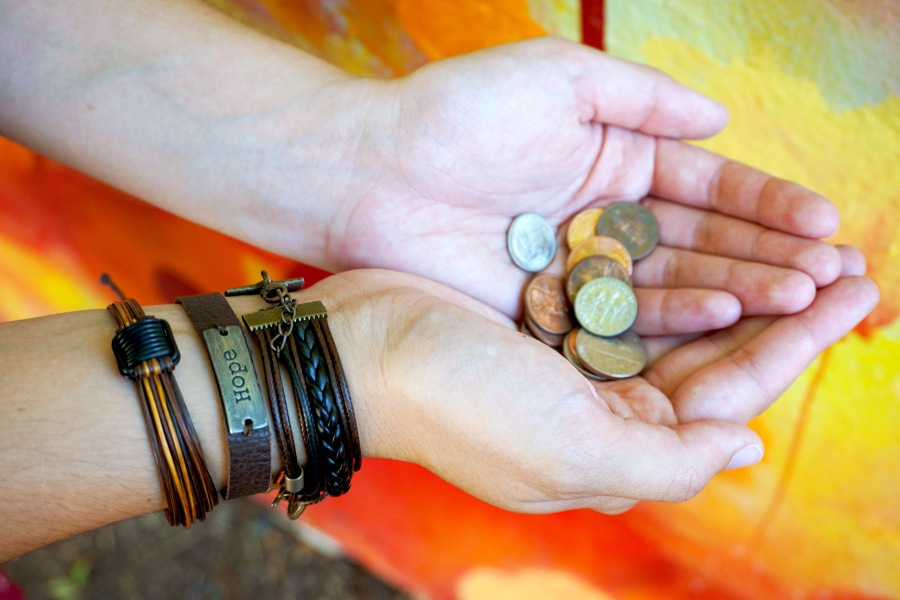 What socioeconomic class would you place yourself in? How much do you make compared to your coworkers or other people with your job? A lot of us are uncomfortable thinking about answers to these questions, and some people refuse to discuss them at all. It’s understandable. Your money is your business, and thinking you have or make significantly more or less than our peers can be awkward.

But I’m going to push the envelope a little here: Avoiding talking about income isn’t helpful.

Reason 1: Not talking about income allows us to lose perspective on the reality of large-scale socioeconomics. Feeling broke is different than truly being broke. Emerging adults are a little notorious for feeling — and sometimes being — broke. Some of us aren’t able to work while in school full-time, and the U.S. national average of student loan debt for the Class of 2016 was $17,126. That is, frankly, a ton of money. A lot of us are dealing with minimum wage or entry-level jobs, which often means a limited income. Sometimes ramen is all you can afford until the next paycheck comes.

But perspective is important. When we lose perspective, we risk becoming blind to the needs and realities of people around us. Think for a minute — what socioeconomic class would you say you (or your family) are in? My guess is a whole lot of people would answer middle to upper-middle class. In the U.S., you’re probably right. (Check here to see.) What about globally? According to Pew Research, here are the per capita socioeconomic breakdowns as of 2011:

Reason 2: Not talking about income holds people back. To collectively move higher, we’ve got to help each other out. One of the most interesting patterns that has surfaced with the rise in folks demanding equal pay for equal work and speaking out against unreasonable income disparities is that oftentimes those disparities persist because people have no idea that their pay is significantly different from a coworker or counterpart.

There have been a number of stories about this issue coming up in Hollywood recently, and while I would never suggest taking life lessons from Hollywood willy nilly, I love that a number folks are being more open about discussing pay so they can try to ensure that those in similar job roles aren’t being paid unfairly compared to their peers.

I’ve seen this happen in my own life too. At an old job, a few of us realized the discrepancy in our compensation seemed like more than the basis of rank or responsibility. It turns out, the ones making more were doing so because they had asked to. Knowing how much work I was doing, I felt a boost in my own pay was appropriate, and asked my bosses what we could work out (they responded well and we worked out a deal everyone was happy with). But following that, I made sure to tell coworkers in similar spots that they could consider asking for more, and shared what I made for reference as appropriate.

Of course, if you’re not able to talk to coworkers or peers about income, you can always start by researching the average pay or pay ranges for the job you have or are aiming for. (Pro tip: This can vary widely by region, so make sure to include that in your search.)

The goal here is not to be a downer, and I realize that everyone’s situation is different. But since I started learning more about these topics in the last few years, I’ve tried to keep a larger picture in perspective and be mindful of where I am within it, make sure I’ve done my research so I’m being paid fairly, and when possible to speak up so that I can help ensure other people I know are also being paid fairly. It’s a big, intimidating, adult-ish kind of responsibility, but it’s one that I’m really proud to be working toward.

What are the biggest lessons you’ve learned about income? Let me know in a comment below, on Twitter @ohgrowup, or Instagram @oh.grow.up! Thanks for reading, and good luck adulting!

*The median household income for the U.S. increased to $56,516 as of 2016, but it would have been statistically irresponsible to compare data from different years, and 2013 was the most recent global data I could find.

**The math on that: Less than $10 per person per day is considered low income. Breaking down the worldwide median annual income for a family of 4 and 260 working days (which is the U.S. standard, and not necessarily applicable to poorer regions/occupations), that’s $9.36 per day per person, which makes even the rough median estimate qualify as low income. In comparison, the threshold for low income in the U.S. is about $22.72 per person per day, which means that the global low income threshold is 41% of the U.S. threshold, while the global median income is 19% of U.S. median income (all based on Pew Research data).